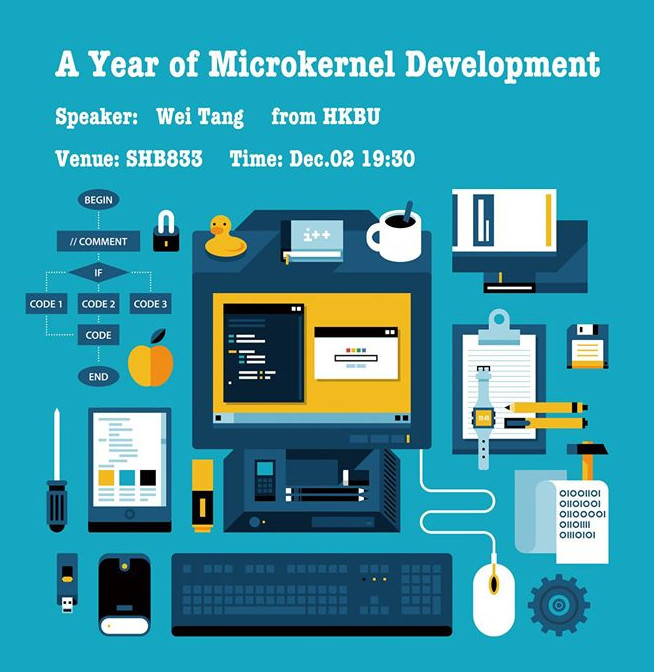 Wei Tang has spent the past year developing a microkernel. Rust is a new generation of system level programming language that builds on lessons of the C programming language. The kernel is written in Rust, which provides memory safety compared with C. The development is done in QEMU. A microkernel is supposed to have, aka inter-process communication, paging (memory management), process scheduler. Additional features of a monolithic kernel has been delegated to user space program, which prevents bugs in third-party drivers to stall the system. Wei has demonstrated a basic echo program, that takes keyboard inputs and write it to graphical memory (VGA), thus to print it out on the screen. It is a crash refreshing of operating system for the people who has exposed to kernel development before, and a neat demonstration for people who are curious about how things work.

The code could be found at https://source.that.world/, which is a SVN version Wei has set up. Enquiry is welcomed (but note no comments are available …). Thanks for everyone for coming, and thanks for Wei for giving this talk.